Occitanie, since 2016, is the result of an arranged marriage between the regions of Midi Pyrénées and Languedoc Roussillon.  Formerly 22, there are now 13 regions in France.  Though Occitanie is not exactly a secret, it may not be the first destination that people think of when visiting France.  I had lived in Paris for nearly two years before I came to this beautiful, varied and fascinating region.

I married a ‘Toulousain’ and we packed up and moved down south shortly afterwards.  Toulouse was described to me, by Parisians, as the part of the south where people are friendly.  I liked the sound of that and I love the sun so it wasn’t a hard sell.  After sixteen years of being ‘Toulousaine’ myself, I have grown to love this city and the region that surrounds it. It feels like home.

I used to spend most of my holidays in l’Herault (formerly in the Languedoc Roussillon) where from May to October the sun shines nearly all the time. Bright blue skies and clear blue water, the only thing grey around here is the gris de gris, the lightest of rosé wines made from vines that grow in the sand. Flamingos, olive trees and oleander abound.

Many of my other holidays were spent in the Pyrenees, the beautiful mountains that naturally separate France from Spain. The Pyrenees are a wonderful place to visit all year round.  I even had my honeymoon there much to the astonishment of the lady who rented us our little flat all those years ago.  After operating so many  flights to the Seychelles and Barbados trying to cram yet another wedding dress in the wardrobe, it felt rather exotic to me.

From Toulouse to Montpellier, the Camargue to the Pyrenees, along the Canal du Midi and the Mediterranean beaches, I will tell you all about my favorite places in Occitanie and how and when to best visit them.  Keep reading for an intimate guide to France’s best kept secret. 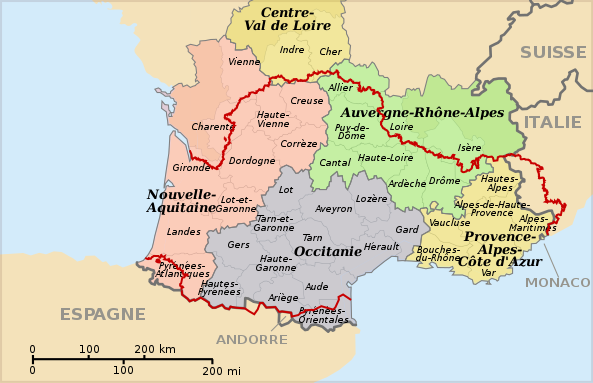 5 thoughts on “The Region”